Accessible India Campaign (Sugamya Bharat Abhiyan) is a nation-wide Campaign launched by Department of Empowerment of Persons with Disabilities (DEPwD) of Ministry of Social Justice & Empowerment to provide universal accessibility to persons with disabilities.

The campaign aims at providing equal opportunity to persons with disabilities to participate in all the aspects of life and live independently. The Sugamya Bharat Abhiyan focuses on developing accessible physical environment, transportation system and Information & communication ecosystem.

The Government of India with firm commitment towards socio-economic transformation of the persons with disabilities is making efforts to create mass awareness for universal accessibility.

India is a signatory to the UN Convention on the Rights of Persons with Disabilities (UNCRPD). Article 9 of UNCRPD casts an obligation on all the signatory governments to take appropriate measures to ensure to persons with disabilities access, on an equal basis with others, to the physical environment, to transportation, to information and communications, including information and communications technologies and systems, and to other facilities and services open or provided to the public, both in urban and in rural areas. 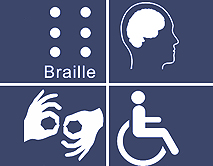 The Accessible India Campaign aims to provide an accessible physical environment to everyone. To achieve this, measures needs to be undertaken to eliminate obstacles and barriers to indoor and outdoor facilities including schools, medical facilities, and workplaces. The built environment not only covers buildings, but also steps and ramps, corridors, footpaths, curb cuts, parking, entry gate, emergency exits, toilets and obstacles that block the flow of pedestrian traffic.

Access to information creates opportunities for everyone in society. Access to information refers to all information. This can range from actions such as being able to read price tags, to physically enter a hall, to participate in an event, to read a pamphlet with healthcare information, to understand a train timetable, or to view webpages. The Accessible India Campaign aims to take measures to curb all societal barriers of infrastructure, and inaccessible formats that stand in the way of obtaining and utilizing information in daily life.

An accessible government building is one, where persons with disabilities have no barrier in entering it and using all the facilities therein.

Standards of accessibility should be as consistent as possible with international standards, such as those of the ISO, taking into account the local context. In regards to the built environment, ISO 21542:2011, Building Construction - Accessibility and Usability of the Built Environment, delineates a set of requirements and recommendations concerning construction, assembly, components and fittings.

An airport is accessible, if a person with a disability has no barrier in entering it, using all the facilities, and boarding and disembarking from airplanes.

A railway station is accessible, if a person with a disability has no barrier in entering it, using all the facilities, and boarding and de-boarding from trains.

Public Transport is accessible, if persons with disabilities get an equal opportunity to travel and use public and private transportation infrastructure independently.

The Public documents should be available in accessible formats to obtain and utilize information in daily life. Public documents refer to all documents issued by the national government as well as all sub national documents. They include all publications such as laws, regulations, reports, forms and informational brochures.

Standards of accessibility will ensure conversion of public documents published as of a specified year and all current websites meeting the relevant International Organization for Standardization (ISO) criteria that are found in ISO / IEC 40500: 2012, Information Technology – W3C Web Content Accessibility Guidelines (WCAG) 2.0. 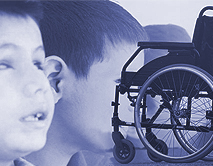 Department of Empowerment of Persons with Disabilities (DEPwD) has also created an Accessible India Campaign Mobile App, along with a web portal for crowd sourcing the requests regarding inaccessible places. With the app, any person seeking to inform the Government regarding inaccessible public places (like a school, hospital, government office etc.) can click a photograph or video and upload it on the Accessible India portal. The portal will process the request for access audit, financial sanction and final retrofitting of the building to make it completely accessible. The mobile app and portal also seek engagement of big corporates and PSUs to partner in the campaign by offering their help to conduct access audit and for accessibility- conversion of the buildings/transport and websites.

The Sugamya Bharat Abhiyan has ambitious targets with defined timelines: