Income Declaration Scheme, 2016 is launched by Income Tax Department, Govt. of India. The Scheme provides an opportunity to citizen who has not paid full taxes in the past to come forward and declare the undisclosed income and pay tax, surcharge and penalty totalling in all to forty-five per cent of such undisclosed income declared. One time opportunity to all the citizen who have not declare income correctly in the earlier years to come forward and declared such undeclared income. Declaration to be made from 1st June, 2016 to 30th September, 2016.

All citizen including individuals, HUFs, companies, firms, association of person etc. are eligible to make declaration under this scheme.

What is the amount payable by declarant?

Why it is Important? 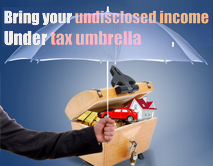 The Government is planning to collect a sizeable sum through this move which will go a long way to garner funds for infrastructure development and other essential spends.

As per Income Declaration Scheme, 2016, the declaration of income or income in the form of investment in any asset under section 183 shall be made in Form-1.

All the information and forms related to Income tax is available on Income Tax Department, Govt. of India. The Income Tax Department, Govt. of India functions under supervision and control of Central Board of Direct Taxes (CBDT). It has around 60,000 personnel located in more than 500 cities and town across the country. The field offices are divided into regions and each region is headed by a Chief Commissioner of Income Tax. Every region is assigned annual performance targets like revenue collection and is provided with necessary expenditure budget to meet with its operating expense.


Why should you care? 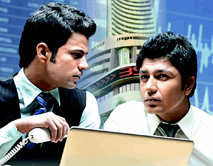 By using technology and requiring PAN disclosures for a range of transaction, the taxman is tightening the net on the generation of black money source. So, if you have undisclosed income, it is a good opportunity for you to declare it.

If you are a diligent taxpayer though, you can rejoice in the fact if the Government collects enough money through this drive, the tax base may widen. This will mean more social spends or even lower tax rates in future. You also need not feel short-changed as an honest tax paying citizen.


All India lists of registered valuers of different classes of assets 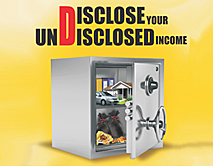