A large portion of India's population had been living without any kind of health, accidental, or life insurance for so long. It was estimated that the unorganised sector workers, which constitute 88% of the total labour force of 47.29 crore, as per the 66th Round of NSSO Survey of 2011-12, do not have any formal pension provision. The Budget 2015-16 highlighted this issue and proposed three social security schemes, Pradhan Mantri Suraksha Bima Yojna (88 KB)

. These three schemes are based on Jan Dhan Yojana platform to protect citizens at the time of illness, accidents or old age.

Encouraged by the success of the Pradhan Mantri Jan Dhan Yojana, the Government of India proposed to work towards creating a universal social security system for all Indians, specially the poor and the under-privileged and the workers in the unorganised sector, using the bank accounts as the basis for launching the schemes. The Prime Minister launched the three social security schemes on 9th May, 2015 to provide pension and insurance cover to the poor and underprivileged. 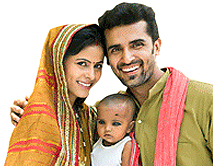 is to ensure risk coverage in case of accidental death, full or partial disability. The insured amount for accidental death and full disability is Rs.2 lakh and it is Rs.1 lakh for partial disability. It has an annual premium of Rs.12 only, which will be directly auto-debited by the bank from the subscriber's account. It is the only mode of paying the premium and thus creates a linkage between the beneficiary and the bank. A person has to opt for the scheme every year by submitting a simple form to the bank by 1st June. One can also opt for the scheme on a long term basis and in that case his account will be auto-debited every year by the bank. People between the age of 18 and 70 years, having an Aadhar linked bank account, are eligible for the scheme.

The scheme is offered to all Public Sector General Insurance Companies and other willing insurers who are ready to tie up with banks for this purpose. It has the provision for Government contribution, by which various Ministries can co- contribute premium for beneficiaries of different categories from their budget or from the Public Welfare Fund, created in the budget 2015-16, out of unclaimed money.

, is to benefit people in case of death. It is available to people in the age group of 18 to 50, having a bank account. People, who join this scheme before completing the age of 50, can continue to have the risk of life cover up to the age of 55 years, subject to the payment of premium. The scheme has an annual premium of Rs.330, with a risk coverage of Rs.2 lakh. The premium will be directly auto- debited by the bank from the subscriber's account. A person can opt for the scheme for a year or prefer to continue it as a long term option. In case of long term option, his account will be auto-debited every year by the bank.

Life Insurance Corporation and other willing life insurers with a tie-up with the bank are to implement the scheme. The scheme also has the provision for co-contribution of premium by various Ministries for different categories of their beneficiaries out of their budget or out of Public Welfare Fund created in the Budget 2015-16 from the unclaimed money. 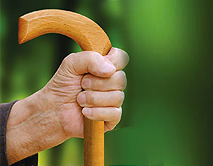 The Government of India's concern for old age income security for the working poor, particularly in the unorganised sector, resulted in the creation of a new initiative in the budget proposals 2015-16, called, Atal Pension Yojana (269 KB)

. It is to encourage the uninsured workers in the unorganised sector to come under the National Pension System (NPS), under the Pension Fund Regulatory and Development Authority (PFRDA).

Jan Dhan Yojana is set to provide universal banking coverage across all the six lakh villages of the country, by providing at least one Basic Banking Account, per household. It is to provide all households in the country, both rural and urban, access to multiple financial services, like bank account with RuPay Debit card, access to credit, remittance, Insurance and Pension. Thus, the Mission not only brings the excluded sections from the society into the financial mainstream but makes the transfer of benefits of various subsidy schemes of the government more efficient. It is the first step to bring in economic equality and remove financial untouchability.

In order to achieve the goal of universal social security system, especially for the poor and the under- privileged, the three- tier social security schemes, announced in the current year budget, is definitely going to spread the safety net of protection to people in all strata of life against deprivation and uncertainties. They are the steps towards ensuring financial security and long term sustenance to families when the earning family member retires, dies or suffers full or partial disability.

PMSBY and PMJJBY will provide much needed access to affordable personal accident and life cover to a vast population, currently not having convenient and systematic access of this nature. It will go a long way in improving insurance awareness and insurance penetration/ density in the country. Jan Dhan to Jan Suraksha ensures financial inclusion and financial security, and all round development of citizens of India.