Pension plans provide financial security and stability during old age when people don't have a regular source of income. Retirement plan ensures that people live with pride and without compromising on their standard of living during advancing years. Pension scheme gives an opportunity to invest and accumulate savings and get lump sum amount as regular income through annuity plan on retirement.

According to United Nations Population Division World's life expectancy is expected to reach 75 years by 2050 from present level of 65 years. The better health and sanitation conditions in India have increased the life span. As a result number of post-retirement years increases. Thus, rising cost of living, inflation and life expectancy make retirement planning essential part of today's life. To provide social security to more citizens the Government of India has started the National Pension System. 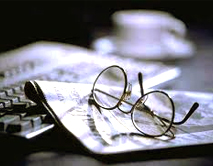 Government of India established Pension Fund Regulatory and Development Authority (PFRDA) - External website that opens in a new window on 10th October, 2003 to develop and regulate pension sector in the country. The National Pension System (NPS) was launched on 1st January, 2004 with the objective of providing retirement income to all the citizens. NPS aims to institute pension reforms and to inculcate the habit of saving for retirement amongst the citizens.

Initially, NPS was introduced for the new government recruits (except armed forces). With effect from 1st May, 2009, NPS has been provided for all citizens of the country including the unorganised sector workers on voluntary basis.

Regulator and Entities for NPS

Point of Presence (POP) : Points of Presence (POPs) are the first points of interaction of the NPS subscriber with the NPS architecture. The authorized branches of a POP, called Point of Presence Service Providers (POP-SPs), will act as collection points and extend a number of customer services to NPS subscribers. The Pension Fund Regulatory and Development Authority (PFRDA) - External website that opens in a new window has authorized 58 institutions including public sector banks, private banks , private financial institutions and the Department of Posts - External website that opens in a new window as Points of Presence (POPs) for opening the National Pension System (NPS) accounts of the citizens.

Central Recordkeeping Agency (CRA) : The recordkeeping, administration and customer service functions for all subscribers of the NPS are being handled by the National Securities Depository Limited (NSDL) - External website that opens in a new window , which is acting as the Central Recordkeeper for the NPS.

Who can join NPS?

NPS is applicable to all new employees of Central Government service (except Armed Forces) and Central Autonomous Bodies joining Government service on or after 1st January 2004. Any other government employee who is not mandatorily covered under NPS can also subscribe to NPS under "All Citizen Model" through a Point of Presence - Service Provider (POP-SP).

NPS is applicable to all the employees of State Governments, State Autonomous Bodies joining services after the date of notification by the respective State Governments. Any other government employee who is not mandatorily covered under NPS can also subscribe to NPS under "All Citizen Model" through a Point of Presence - Service Provider (POP-SP).

A Corporate would have the flexibility to decide investment choice either at subscriber level or at the corporate level centrally for all its underlying subscribers. The corporate or the subscriber can choose any one of Pension Fund Managers (PFMs) - External website that opens in a new window available under “All Citizen Model” and also the percentage in which the funds are allocated in various asset classes.

All citizens of India between the age of 18 and 60 years as on the date of submission of his / her application to Point of Presence (POP) / Point of Presence-Service Provider (POP-SP) can join NPS.

A citizen of India between the age of 18 and 60 years as on the date of submission of his / her application, who belongs to the unorganized sector or is not in a regular employment of the Central or a state government, or an autonomous body/ public sector undertaking of the Central or state government, can open NPS -Swavalamban account. The subscriber of NPS -Swavalamban - External website that opens in a new window account should not be covered under social security scheme like Employees' Provident Fund and miscellaneous Provisions Act, 1952, The Coal Mines Provident Fund and Miscellaneous Provisions Act, 1948, The Seamen's Provident Fund Act, 1966, The Assam Tea Plantations Provident Fund and Pension Fund Scheme Act, 1955 and The Jammu and Kashmir Employees' Provident Fund Act, 1961.

Some of the benefits of the National Pension System (NPS) are: 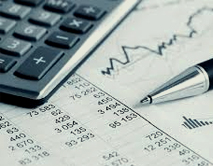 Presently, the tax treatment for contribution made in Tier I account is Exempted-Exempted-Taxed (EET) i.e., the amount contributed is entitled for deduction from gross total income upto Rs.1.00 lakh (along with other prescribed investments) as per section 80C (as per the provisions of the Income Tax Act, 1961 as amended from time to time).

The POP charges and the CRA charges are given in the table below:

*Service tax and other levies, as applicable, will be levied as per the existing tax laws.