The workers in the unorganized sector constitute about 93% of the total work force in the country. The Government has been implementing some social security measures for certain occupational groups but the coverage is miniscule. Majority of the workers are still without any social security coverage. One of the major insecurities for workers in the unorganized sector is the frequent incidences of illness and need for medical care and hospitalization of such workers and their family members. Despite the expansion in the health facilities, illness remains one of the most prevalent causes of human deprivation in India.

It has been clearly recognized that health insurance is one way of providing protection to poor households against the risk of health spending leading to poverty. The poor are unable or unwilling to take up health insurance because of its cost, or lack of perceived benefits. Organizing and administering health insurance, especially in rural areas, is also difficult. Recognizing the need for providing social security to these workers, the Central Government has introduced the Rashtriya Swasthya Bima Yojana (RSBY). Till March 25, 2013, the scheme had 34,285,737 Smart Cards and 5,097,128 hospitalization cases. 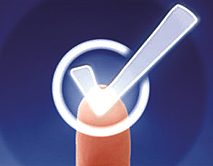 In the past, the Government had tried to provide a health insurance cover to selected beneficiaries either at the State level or National level. However, most of these schemes were not able to achieve their intended objectives. Often there were issues with either the design and/ or implementation of these schemes.

Keeping this background in mind, Government of India decided to design a health insurance scheme which not only avoids the pitfalls of the earlier schemes but goes a step beyond and provides a world class model. A critical review of the existing and earlier health insurance schemes was done with the objective of learning from their good practices as well as seeks lessons from the mistakes. After taking all this into account and also reviewing other successful models of health insurance in the world in similar settings, RSBY was designed. It has started rolling from 1st April 2008.

RSBY has been launched by Ministry of Labour and Employment, Government of India to provide health insurance coverage for Below Poverty Line (BPL) families. The objective of RSBY is to provide protection to BPL households from financial liabilities arising out of health shocks that involve hospitalization.

The beneficiary shall be eligible for such in - patient health care insurance benefits as would be designed by the respective State Governments based on the requirement of the people/ geographical area. However, the State Governments are advised to incorporate at least the following minimum benefits in the package / scheme: 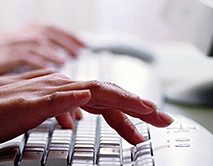 These stations are equipped by the insurer with the hardware required to collect biometric information (fingerprints) and photographs of the members of the household covered and a printer to print smart cards with a photo. The smart card, along with an information pamphlet, describing the scheme and the list of hospitals, is provided on the spot once the beneficiary has paid the 30 rupee fee and the concerned Government Officer has authenticated the smart card. The process normally takes less than ten minutes. The cards shall be handed over in a plastic cover.

Smart card is used for a variety of activities like identification of the beneficiary through photograph and fingerprints, information regarding the patient. The most important function of the smart card is that it enables cashless transactions at the empanelled hospital and portability of benefits across the country. The authenticated smart card shall be handed over to the beneficiary at the enrollment station itself. The photograph of the head of the family on the smart card can be used for identification purpose in case biometric information fails. No payment for the treatment cost up to Rs. 30000/- would be paid to the hospital.

In case of Cashless service, the patient will not have to spend any amount for taking the treatment and hospitalization. It is the job of hospital to claim from the insurer.

The RSBY scheme is not the first attempt to provide health insurance to low income workers by the Government in India. The RSBY scheme, however, differs from these schemes in several important ways.